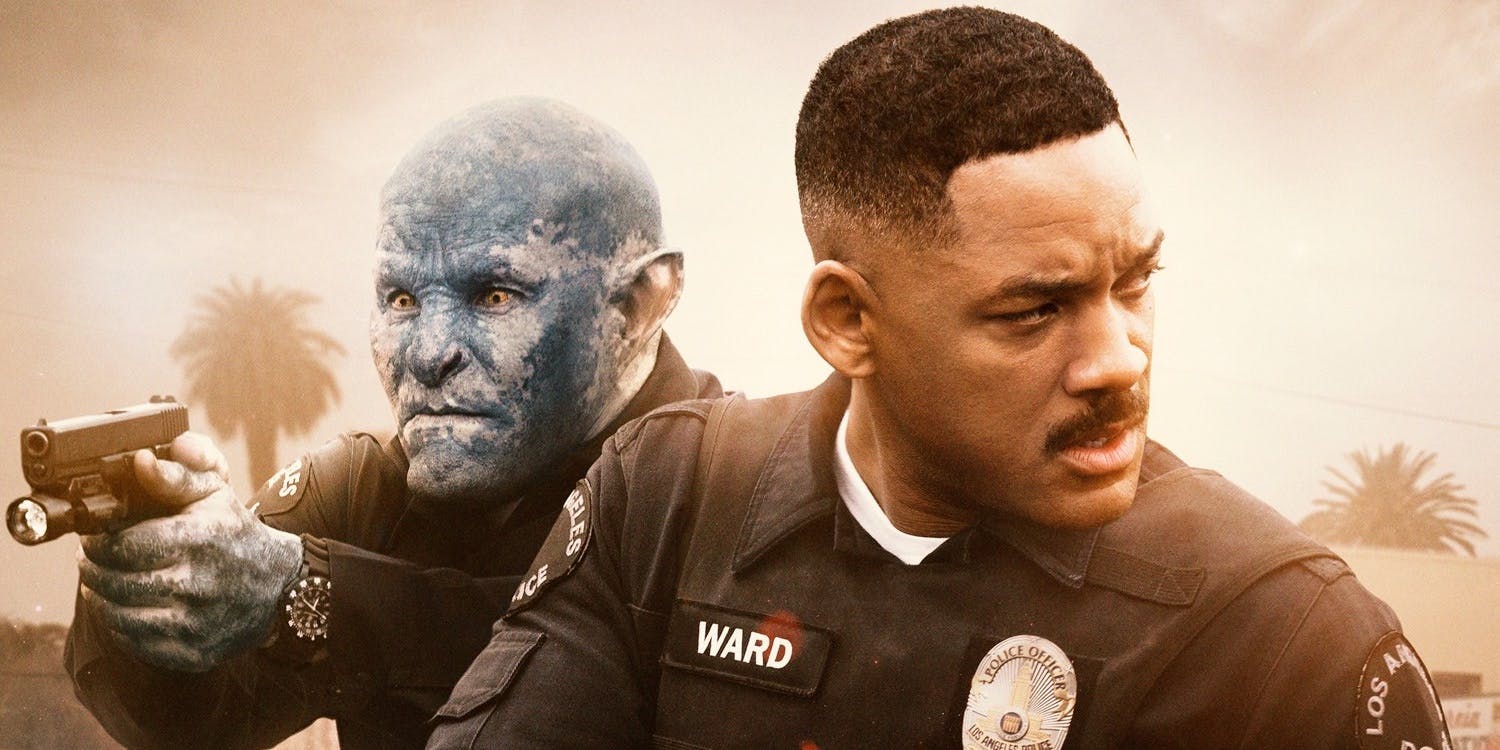 No one could argue that Netflix hasn’t fundamentally changed the way we experience entertainment. Both in the delivery and production of its content, the streaming giant has heralded a new era in home viewing of unfettered access where its most popular media is divided into segments of “devoured” and “savored” such is the veracity of its consumption. 5 years ago, Netflix consolidated its transition from video store disruptor to entertainment behemoth when it began producing original content in the guise of House of Cards and Orange is the New Black. It was an impressive and unprecedented opening volley that has only gained further momentum with shows like the bonafide pop culture phenomenon, Stranger Things, and this year’s sublime “Mad Men meets Zodiac” serial killer drama, Mindhunter.

By instantaneously standing toe-to-toe with the likes of HBO and AMC, the subscription service’s incredible success in the medium of television has given Netflix a savant reputation of accomplishment that overshadows their lesser impact on the world of cinema. Although Netflix has produced several award season-bothering dramas (at least they would be if the film industry wasn’t so snobbish and phobic about the streaming platform), sending original movies that would bust blocks in theaters directly to our homes is a hurdle that Netflix has yet to approach. However, this Will Smith starring, David Ayers directed, $90mil budgeted fantasy cop drama, Bright, is supposed to represent Netflix’s run up to clearing said hurdle. Hollywood, which has been eyeing Netflix and its streaming ilk as a creeping threat for some time now, should be justifiably quaking in its Jimmy Choos.

Unfortunately, it appears that someone has tied Netflix’s shoes together because as an aspiring blockbuster, Bright faceplants so hard into the ground that its face now resembles one of the many pancake visaged orcs contained within this horribly mangled attempt to blend a gritty cop drama with fairytale fantasy.

Perhaps we should look no further than David Ayer for the prime suspect who caused this unsightly mess. The Suicide Squad director somehow manages to reduce the ample production budget into the kind of movie that SyFy regularly pumps out for the price of a year’s subscription to Netflix. It genuinely is a mystery as to where the money must have gone as Bright persistently looks both cheap and ridiculous (though its leading man probably took a significant portion of the funds), but even more perplexing is Ayer’s sudden inability to realize police procedure and the proponents thereof.

Ayer has previous with cop dramas and notable ones at that. He was the writer for the Oscar-winning Training Day and he took on helming duties as well for the acclaimed End of Watch and Dark Blue. However, there is little on show here that demonstrates a grasp on the real world aspect of Bright beyond someone who watched a few of episodes of The Wire. Before 2016 and the unmitigated disaster that was Suicide Squad, Ayer had a solid CV specializing in Peckinpah-esque masculism that should have made him an ideal candidate to at least sell one side of this story. But, sadly, whenever the fantastical becomes involved, he finds himself lost at sea and no one else involved here seems interested in throwing him a life-preserver.

I shall deal with Max Landis’ problematic screenplay presently, but first I respectfully ask us to recognize a minute’s silence for Will Smith’s career. As one of the last Hollywood stars who could make a legitimate claim as a box office draw, the former Fresh Prince has spent the last few years being bounced between high-concept crap like this and sappy romcoms. Smith dusts off his tired Bad Boys persona as the embittered cop, Daryl Ward, but his once indefatigable charisma fails to fire here. Outside of him dealing with a pesky fairy while smartmouthing some African-American suburban stereotypes next door (boy, does this film fundamentally misunderstand its MO), Smith can do little to enliven proceedings trapped in a walking, talking cop cliche who only just falls short of claiming he’s too old for this shit. For an actor who should still have his sights on that elusive Oscar, he very much is too old for just that and one can only hope that Bright is the final nadir that refocuses his ambitions and talents onto more worthy projects.

And let’s spare a thought for Joel Edgerton, who plays Smith’s orc partner Nick Jacoby, whose career remains a frustrating sine wave between the ridiculous and sublime. The It Comes at Night actor rallies valiantly as the beleaguered cop who is hated both by humans and his own kind, but he never stood a chance to propel the character beyond the noble outcast archetype that ultimately leaves Jacoby feeling tokenistic (see what you’ve reduced me too, Bright, describing a fantasy race as “tokenistic” like it’s some kind of Tolkien-mandated virtue signalling).

Elsewhere, Noomi Rapace asks her male co-stars to hold her beer to show whose creditability is about to take the biggest hit as the Elvish miscreant, Leilah, who is little more than a weak facsimile of The Fifth Element‘s Leeloo. Everyone else in the cast is either blessed with hiding their embarrassment behind unconvincing prosthetics or mercifully short screentime.

Despite Bright‘s hopeless attempts at mixing Training Day with World of Warcraft, Max Landis’ screenplay actually takes its main cues from 1988’s Alien Nation. In case you’re young enough to think that VHS was one of the leading causes of AIDS back then, Alien Nation was an oh-so-80’s attempt to embellish the buddy cop movie with racial commentary by pairing a literally xenophobic cop with an alien partner. It did rather well at the time and even led to a TV series of the same name, but it has been largely forgotten since and rightfully so because it is an inherently ill-advised way to frame race relations.

Bringing about allusions to bestial/alien comparisons to non-white races can add fuel to the fire of those who would use said fuel to burn crosses and already believe that the difference in someone’s skin color is enough to classify them as a sub-species. It is possible to make it work in a more abstract form, which Neil Blomkamp’s District 9 ably demonstrated by providing a striking analogy for the plight of refugees that worked overtime in the empathy department by turning its protagonist into one of the oppressed, but ultimately it is at best a patronizing approach and at worst, potentially harmful and distorting.

This kind of allegory, though, takes on a whole new level of haphazardness when it is applied through the lens of traditional fantasy tropes. For a genre that has its roots firmly in the world of role-playing games, it evokes a thoroughly unhelpful correlation with races being assigned certain skills and characteristics that form worrying parallels with racial profiling. It would take a skilled writer to weave their way through such a political and sociological minefield and, on this showing, Max Landis is currently a limbless stump of a cadaver who wandered into each and every explosive device like Sideshow Bob in a field full of rakes.

His screenplay manages to be both pig and meatheaded as it persistently undermines its core message. Apart from Edgerton’s Jacoby, the orcs are painted as little more than savage hoodlums living in slums in what we must assume is a tragically misconstrued representation of impoverished African-Americans. Just as bad is the suggestion of the elves being some sort of shadowy Jewish Illuminati (apparently they own most of the country despite only constituting a tiny proportion of the population). As if that wasn’t enough to convince you that Landis’ script is completely tone deaf to racial and religious prejudices, he throws in some actual racial stereotypes for good measure such as the aforementioned “gangsta” neighbors of Smith’s cop and then some gun-toting Hispanic Ballers further down the line.

I’m all for the extrapolation of racial tension into the more easily digestible form of genre entertainment (such as this year’s brilliantly provocative Get Out), but the fact that this all centers around the pursuit of a magic wand – and not a lot else – only further trivializes what has been a hot-buttoned topic throughout 2017 which Bright clumsily fails to tackle or understand in any way whatsoever.

Even if you can stomach the startlingly inept portrayal of America’s race issues, you then have to contend with the horrendously incompetent world-building in Bright. Was the arrival of these fantastical beings caused by some kind of trans-dimensional accident or a misguided liberal wishing on a monkey paw to show us humans that we’re not that different after all? No, apparently all these different races have existed side-by-side for eons and yet this is a world exactly like our own (even the Shrek franchise still exists in this universe) which just happens to also be occupied by orcs, elves, fairies, and dragons (though we see precious little of the latter).

This is laziness of the highest order as the film expects utter credulity on the audience’s part that the world would have evolved in the exact same way under these extraordinary circumstances. But what must be more worrying for Netflix, who have already touted Bright as a franchise (stop that sniggering, Disney), is that it fails to establish any kind of meaningful lore or distinct terminology to set it apart from the drek that litters lower echelons of the fantasy genre. There are exactly zero attempts in the witless script to add a contemporary twist to such tiresome tropes as magic wands and ancient prophecies, which leaves the whole project feeling completely incohesive and nonsensical. Instead, it opts for foul-mouthed characters, nudity, and ultra-violence to paper over these gaping chasms of verisimilitude in a misguided attempt to add grit to a concept that probably would have been quite palatable for undiscerning pre-teens.

What should have been Lethal Weapon meets DC’s Fable has somehow turned into Kevin Smith’s Cop Out infected by Dungeons & Dragons thanks to a garbled screenplay and a cast and director who probably spent more time threatening their agents than committing to this irrecoverable project. It may not cost you any extra to witness this abomination for yourself, but you will feel poorer for doing so.

A GENUINE CONTENDER FOR THE WORST FILM OF 2017: BRIGHT IS A LUMP OF COAL LEFT FOR NAUGHTY OR UNSUSPECTING NETFLIX SUBSCRIBERS THIS CHRISTMAS.

REVIEW: ‘STAR WARS: THE LAST JEDI’ KILLS OFF THE FRANCHISE’S RESURGENCE IN ONE FELL SWOOP
REVIEW: ‘DR WHO: TWICE UPON A TIME’ OFFERS PEACE & GOODWILL TO ALL MEN (AND WOMEN)
To Top