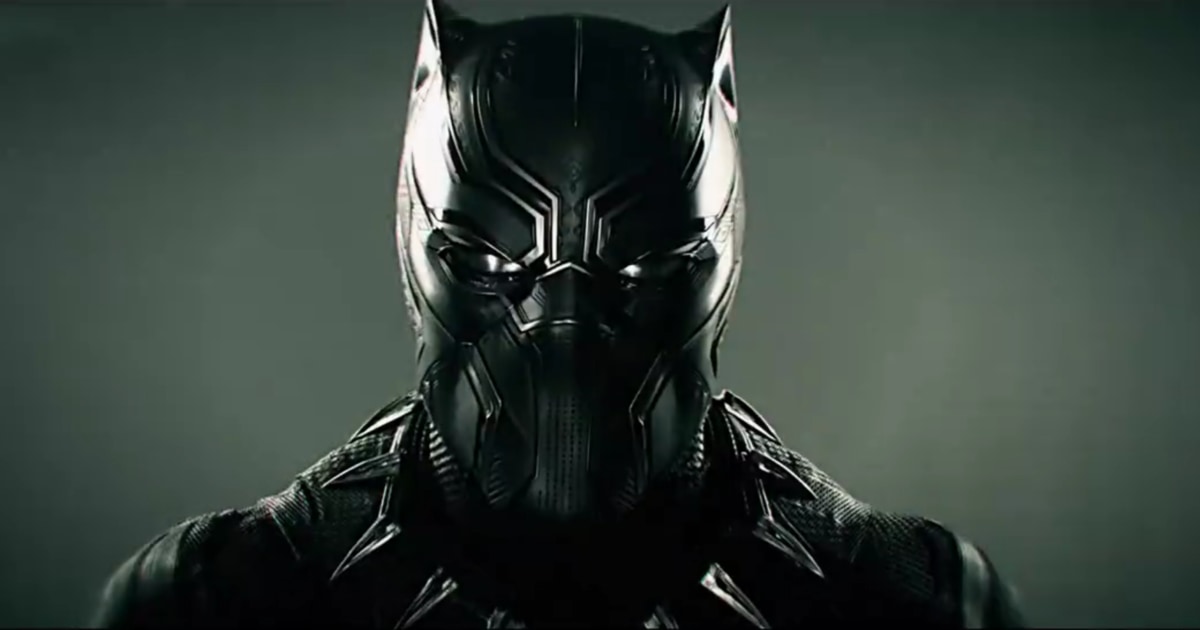 And there was me thinking this party was almost over. It’s not that I expected an end to superhero films in their entirety, but as a vital art form which has almost singlehandedly been keeping cinema standing as a major pillar of entertainment, it was an era which did seem to be winding down. Marvel Studios have always been the best barometer of the genre over the last decade with DC Studios’ ambitions far exceeding their craftsmanship and the X-Men franchise being almost willfully inconsistent, the MCU has been as persistent as it has been dependable. But such reliability has come at a cost.

Familiarity breeds contempt, and Marvel’s output has become so very familiar since they emboldened the box office and comic book genre with Avengers in 2012. Regardless of the characters involved or whoever was calling the shots, the unmistakable sound of the same Marvel engine running under the hood of their dozen or so titles since had become far too apparent. And when Marvel Studios welcomed back their original talisman in last year’s Spiderman: Homecoming by casting him as an adolescent pastiche of Iron Man, I believed that the Disney subsidiary had run out of motivation and inspiration. Thor: Ragnarok slammed the breaks on the malaise by at least letting a distinctive director’s voice be heard occasionally above the mundane hum of the patented Marvel formula, but I merely figured that to be an experimental exercise in sustaining a character who had struggled to hold his own amongst his better-established peers.

With Black Panther representing the last stop before Marvel begin wrapping up the Avengers in the two upcoming Infinity War movies, I fully expected Marvel to remain firmly rooted in their comfort zone, playing it safe under the vapid excuse of this film being a “cultural event” thanks to its primarily black cast. And I couldn’t be happier to discover just how wrong my expectations were…

FROM WAKANDA WITH LOVE

After opening with a couple of rudimentary prologues concerning the founding of the fictional African nation, Wakanda, and a brief history of T’Challa’s (AKA The Black Panther) family history, Black Panther quickly settles into a distinctly different groove to its Marvel stablemates. Director Ryan Coogler (Creed) is said to have drawn more on the likes of James Bond and The Godfather rather than the superhero genre’s usual frolics and that rings true throughout proceedings. When inside the vibrantly realized realm of Wakanda, Black Panther plays a game of thrones that more than equals the HBO hit show in its political machinations and skullduggery as well as adding a healthy dose of real-world subtext (more on that later). Whereas the international affairs of the film are every inch a spy thriller that both the Bond and Bourne franchise could learn a trick or two from, mainly thanks to an innate sense of purpose that permeates throughout the film.

It’s also refreshing to see a superhero movie which is more concerned with storytelling than set-pieces. This pays off handsomely in the climactic battle where I experienced the novelty of knowing exactly who everyone was and why they had a dog in the fight, The only minor issue with this approach is the editing is a little truncated in places as Black Panther tries to cram in as much as possible into a relatively lean running time. It’s far from a dealbreaker, but a handful of scenes could have been given slightly longer to breathe.

Everywhere else, it’s all good though. The film’s visuals are served magnificently by Marvel’s traditionally bright palette which vividly captures the African landscapes and art design. Coogler’s direction is assured throughout, never forsaking characters or plot points for action. The soundtrack is also notable – a true rarity for the MCU – with Coogler’s regular composer Ludwig Göransson adroitly mixing symphonic cues with hip-hop and more traditional African music. Ultimately, Black Panther is a treat for the eyes and ears that always remembers where its soul is at.

Of course, tight plotting and eye-popping visuals don’t mean shit if the players aren’t on their game, so it’s reassuring that in adopting more sophisticated ways, Marvel hasn’t left their innate talent of fully-forming their characters on the big screen behind and have also solved one of their long-standing issues in the process. Although it might say “Black Panther” on the can, this truly is an ensemble piece with every pertinent character getting ample screentime to establish themselves. From Oscar-winning Hollywood stalwarts Forest Whittaker and Angela Basset through the “so hot right now” Michael B. Jordan and Daniel Kaluuya to relative newcomers Letitia Wright and Duke Winston, the cast are universally excellent in bringing their roles to life.

Indeed, Chadwick Boseman is essentially the lead in billing only as Black Panther gracefully balances world-building with character development, which hasn’t just been assigned to the title role for once. This isn’t to say that Black Panther is neglected in his own origin story, though. As the new king of Wakanda, and an inexperienced at that, Boseman brings out T’Challa’s flaws just as adeptly as his qualities. These flaws aren’t the usual inner turmoils of superheroes either; T’Challa, with his skills still yet to be fully honed, genuinely struggles for supremacy as a hero. “Captain Africa” he most certainly is not and he is far more intriguing and vulnerable as a result. This brings a level of peril to his heroics that we’ve rarely seen in the genre since Tobey Maguire first pulled on his spidey suit over 15 years ago. On this basis, he should make for quite the wildcard when he teams up with the Avengers proper after his brief foray with them in Captain America: Civil War.

T’Challa isn’t the only leftover from Steve Roger’s rebellion with Martin Freeman and Andy Serkis returning to their roles from that film too. While Freeman’s Everett K. Ross is something of a surrogate to presumably reassure white audiences they haven’t bought a ticket to “Tyler Perry’s Boom! A Madea Superhero Movie” by mistake, he does bring some wry humor to his role as the Sherlock actor mockingly riffs on America’s conceitedness on the world stage. Even better is Serkis as the South African mercenary, Ulysees Klaue, who is a total riot in every frame. There are certainly echoes of Heath Ledger’s Joker in Serkis’ malevolent mischief and the only criticism I can muster for his character is that his screentime is a little on the short side. As a Marvel villain who finally brings the bad, such a short shift on screen could have been inexcusable, but Michael B. Jordan’s Killmonger is just as equal to the task.

Permeated with malice and menace, Jordan’s turn as the former Erik Stevens is everything that Marvel has been missing as an antagonist in any of their films which don’t feature Tom Hiddleston’s Loki. The Creed star has a distinctly “gangsta” quality as a ruthless usurper who could have just as easily been terrorizing the streets of Baltimore in The Wire (where Jordan first made his mark, incidentally) instead of Wakanda’s. Again, this speaks to Marvel’s more intrinsic approach and it would be a huge shame if all this so very fine work was overlooked because of the one aspect of this film that no one’s shutting up about.

A NEW CREED OF HERO

To paraphrase the good Reverand Martin Luther King Junior: “I have a dream that superheroes will one day live in a world where they will not be judged by the color of their skin or their gender, but by the content of their films”. I know it’s Black History Month (canny scheduling there, Disney) and the media won’t stop exclaiming “Oh my God! It’s full of black people” whenever they talk about Black Panther, but I implore you to judge this excellent comic book adaptation on its own distinct merits rather than the “cultural event” it’s being billed as. I’m not trying to downplay Black Panther‘s significance to people of color all over the world and it is definitely a message movie, but that message isn’t “Oh, look, some black people finally got to be in a movie”.

The land of Wakanda in Black Panther is rife with xenophobic callousness as a result of their centuries of isolationism and Googler’s screenplay isn’t afraid to draw parallels with similar attitudes in the west that have been on the rise recently. In the protectionism that has arisen in Wakanda’s desire to keep the miracle metal Vibranium to themselves, the devastation felt by people of African descent through history is made tragically apparent. The sentiment of “looking after your own only leads to disaster elsewhere” runs throughout the film as does the damning commentary on those who seek to appoint reckless, ruthless leaders to maintain such an ideology (I wonder who they could be talking about there, hmmm).

Wakanda should, however, be relatively untouched by the #MeToo scandal given the fearsome nature of their legions of female warriors and the equal opportunities given to the rest of the female population. It’s certainly good to see that in providing some equilibrium for the brothers inside the MCU, Black Panther hasn’t forgotten about the sisters by giving Lupita Nyong’o, Angela Basset and Letitia Wright juicy roles and screentime. Indeed, Black Panther is so on message for Hollywood right now, had it been released two months ago then it would not be inconceivable to have seen it pick up the vacant tenth Best Picture nomination for this year’s Oscars.

If it had accomplished such a fanciful feat, it would not just be down to its sterling work in bringing some much-needed representation to cinema’s dominant genre but rather because it is one of said genre’s finest examples. Black Panther is a superb film whichever way you want to look at it and it is one that doesn’t so much fine tune the Marvel machine as it does rebuild it anew to produce arguably the studio’s best film to date.

A THRILLING, DEEP, AND VIBRANT FINAL ACT BEFORE THE FRANCHISE GOES TO INFINITY AND BEYOND. THE BEST MARVEL FILM SO FAR? WELL, ONCE YOU GO BLACK…

REVIEW: ‘DR WHO: TWICE UPON A TIME’ OFFERS PEACE & GOODWILL TO ALL MEN (AND WOMEN)
BOOK OF THE MONTH: ‘SECRET LOVES OF GEEKS’
To Top