It shouldn’t have been a surprise to anyone that Disney would be commissioning fresh Star Wars content beyond Episode IX, but there was some shock in how soon they’ve announced it and the form it would take. On November 9th, Disney proudly revealed that they have enlisted The Last Jedi director, Rian Johnson, to helm a brand new, Skywalker-less Star Wars cinematic trilogy before we’ve even gotten past the halfway mark in the current one. If it was anything other than Star Wars then the news would have likely been dismissed as sheer hubris; however, Star Wars has always been a law unto itself and the revelation was greeted with enthusiasm – albeit with a tinge of caution.

Ultimately, this announcement feels more like it was made for the benefit of Disney’s shareholders than Star Wars fans themselves. The vacuum of information beyond the confirmation has left the news feeling somewhat premature and it’s difficult to read anything into it beyond Disney’s intentions to keep the blue milk flowing from the cash cow. However, that’s not going to stop us from engaging in the internet’s most popular pastime: baseless and spurious speculation. So, read on as we examine the possibilities for the future of the evergreen franchise.

THEY’RE NOT AFTER SOMEBODY CALLED SKYWALKER

It’s kind of difficult to interpret what Lucasfilm mean when they claim that the new trilogy & TV series won’t concern the Skywalkers. For the new trilogy, it would be nearly impossible to do a story of traditional Star Wars scope and scale within the current 3 trilogies without at least referencing the actions of the galaxy’s most famous and consequential dynasty. If, however, Lucasfilm is simply implying that the Skywalkers won’t be the focus of the story, then the two 20 year gaps between the trilogies could provide a fertile storytelling ground.

Rogue One, for instance, took a similar approach to this, but one would imagine Lucasfilm will try to put a grander narrative in place than merely filling in plot holes from the original films. Likewise, keeping the new trilogy distinct from the plethora of A Star War Story spin-offs will likely be paramount also. A Skywalker-less trilogy will also be welcome news to those who feel the franchises progress under Disney has been stunted by an over-bearing adherence to the original trilogy.

So, a completely fresh start may be on the cards for the new trilogy and that could mean a certain other Star Wars era is beckoning.

A LONG TIME AGO… 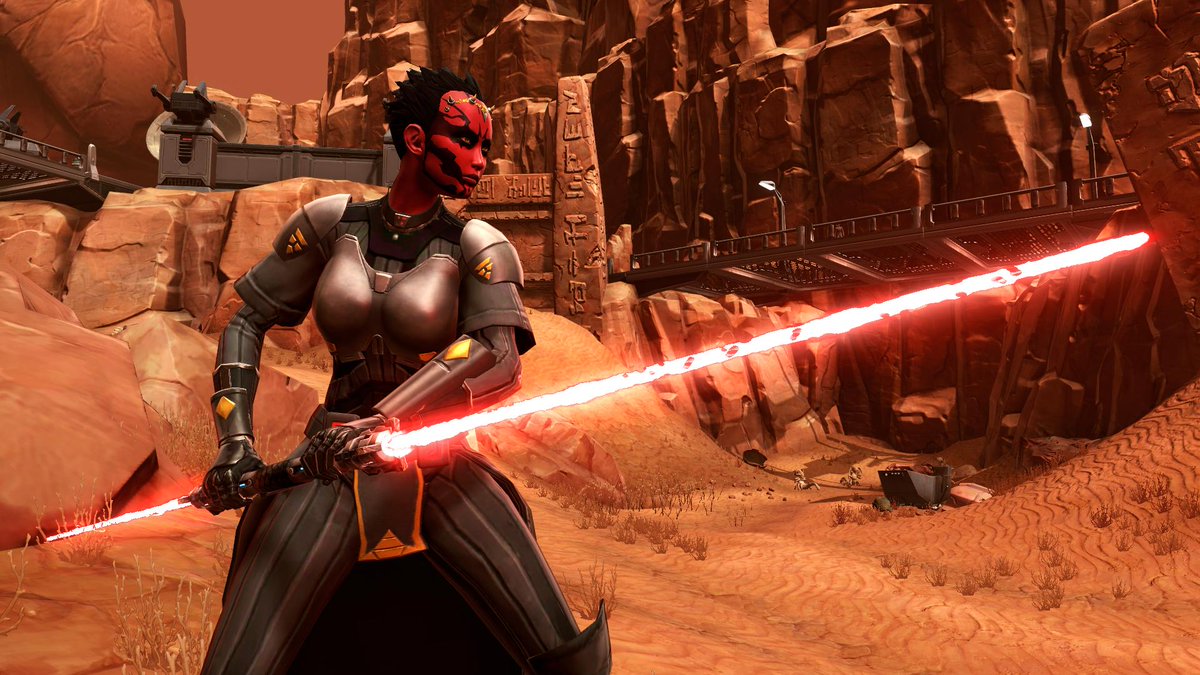 If there is one period from the Star Wars lore that ardent fans are clamoring to see realized in live action on the big or small screen, then it has to be the Old Republic. Indeed, there were rumors that Netflix would be producing a series set 1,000 years before the Clone Wars which set in motion a petition to try to convince the streaming giant to follow through. The damn fool idealistic crusade wasn’t to be, however, so this could be seen as a huge opportunity to fulfill such a destiny among die-hard fans.

Immortalized in Bioware’s Knights of the Old Republic video games, the Old Republic setting would be ripe with possibilities for either the new movies or TV series and present a clean break entirely from the three existing trilogies. As such, it would also present a considerable risk to Disney (who aren’t exactly famed for risky business) since it offers little initial investment among casual fans and audiences at large. Still, if Rian Johnson truly wants to make the jump to lightspeed and leave the original trilogy far behind, then there would be few better places to get a fresh start than in the Old Republic.

COMING TO A SMALL SCREEN NEAR YOU

Perhaps the more intriguing announcement was the reveal of a new live-action Star Wars TV series that will screen on Disney’s new digital platform in 2019. Television is the one form of media which has remained largely immune to Star War’s cultural dominium and as such marks relatively fresh territory for the franchise. Yes, Star Wars animated content has occasionally littered television over the last four decades – from Droids to Star Wars: Rebels – but none of them have risen to the kind of ubiquitous prominence that the Lucasfilm property has in almost all other mediums. Disney will be looking to change this in 2019; in fact, they will be counting on it.

The House of Mouse is about to enter into the most competitive market in modern entertainment: subscription-based online streaming. With streaming giants, Netflix and Amazon, pouring over $10bil into original content production in 2017 alone, Disney will be counting on this new Star Wars series as a vanguard to create a Death Star-sized impact for their service against their rivals.

The idea of a live Star Wars series is nothing new: George Lucas had considered it many times while SW was still under his charge but had always been considered the exorbitant cost of faithfully realizing the Star Wars Universe to be prohibitive for the small screen. However, with televisions new found revenue stream in the form of cheap subscription services, colossal TV budgets have become considerably more viable (it is estimated that Amazon will spend upwards of $1bil over the course of their five planned seasons for Lord of the Rings), so it seems this is the perfect opportunity for Star Wars to finally make its mark on the small screen.

Again, there are next to no details on the context of the series, who will be involved, and whether it will tie into the new or existing trilogies. The gap between Return of the Jedi and The Force Awakens remains the least explored segment of the franchise canonically speaking, so that could be the most tempting period currently. Tonally, it’s also hard to anticipate whether it might skew towards the grittier likes of the Battlestar Galactica do-over or try to replicate the popcorn sugar rush of the movies on the small screen. Smart money would be on the former, not least because prioritizing drama over spectacle will reduce production costs, but also because gaining critics favor can have a far more potent effect in the television landscape than in cinema.

Of course, whether or not it will gain the same favor with fans as its cinematic counterparts is the billion dollar question Disney will want to be answered in the affirmative, which likely goes double for the new movie trilogy as well.

BOTTOM OF THE LEAGUE: 6 REASONS WHY ‘JUSTICE LEAGUE’ FAILED AT THE BOX OFFICE
BEST OF 2017: TOM HOLLAND IS THE BREAKOUT STAR OF THE YEAR
To Top