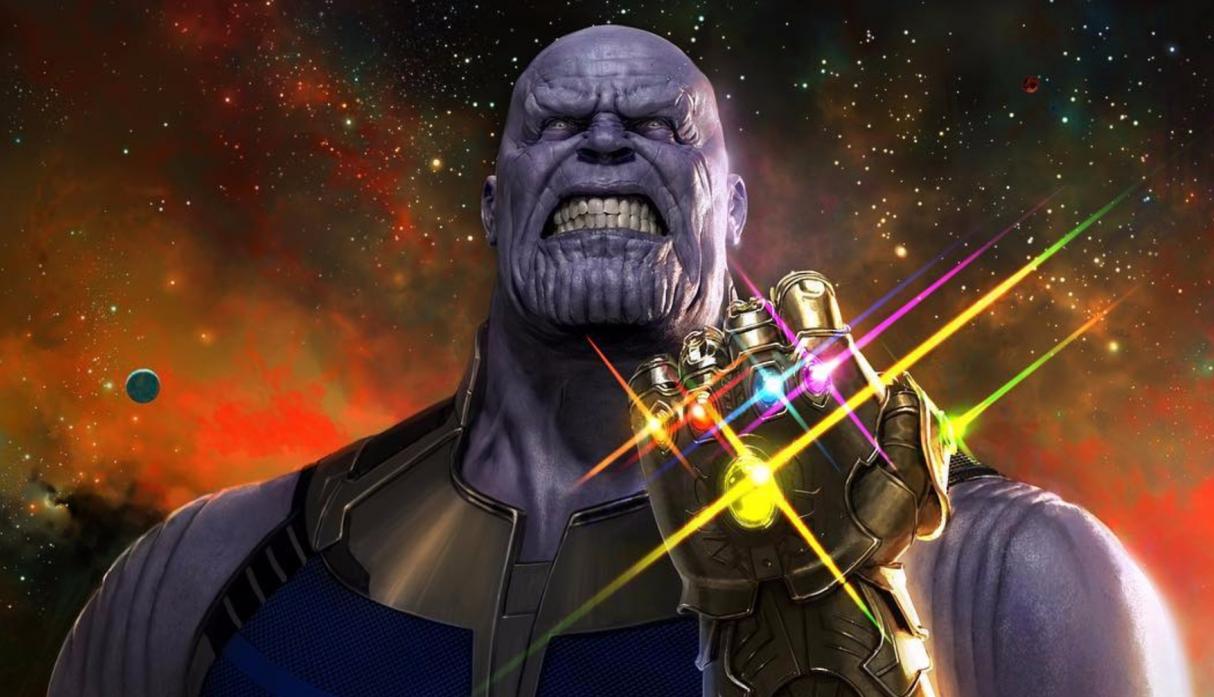 If someone had told me ten years ago that multiple series of superhero movies could be almost as interconnected as their comic book source materials, wouldn’t have believed them. Now it’s pretty much impossible to imagine them being any other way. (Note: Unless you’re looking at DC films, in which case, you’re probably wishing that they would go back to the way things used to be.)

Beginning with Iron Man in 2008, Marvel has created what is easily the most comprehensive, joint cinematic universe to date; a feat that other film studios have been trying to mimic (unsuccessfully) since the undeniable success of The Avengers. This success can be attributed to any number of factors, including the overwhelming amount pre-existing plots and characters to draw from, the passion of the creative teams involved on the films, as well as the sheer amount of money Marvel/Disney is willing to put into special effects and actors’ salaries. Not to mention the incredible dedication of the fanbase.

But with so many characters, backstories, and easter eggs spread out across 18 movies all culminating in the upcoming Avengers: Infinity War, even the most dedicated fan can be forgiven for not catching every detail. So while the MCU is a pretty comprehensive guide to Marvel comics, there does seem to be one pretty big (purple-ish) elephant in the room that’s been left largely vague.

First teased in an Avengers after credits sequence as the Worse Guy to Loki’s Bad Guy, Thanos is clearly not someone to mess with, but it isn’t until Guardians of the Galaxy that audiences are really clued into why. We hear about how he takes children from the worlds that he destroys and raises them to be his loyal soldiers and assassins–like Gamora and Nebula–but even then, the stories of his transgressions don’t seem all that heinous compared to some of the actual genocides we’ve witnessed other MCU villains actually commit on screen. For the most part, the Mad Titan seems to just sit around in a place called Sanctuary and pull strings from the shadows, offering vague promises of help in exchange for items of power, specifically, the gems for his gauntlet. When those items have not been delivered to him by the end of Avengers: Age of Ultron, Thanos decides to stop outsourcing his work and collect them himself. 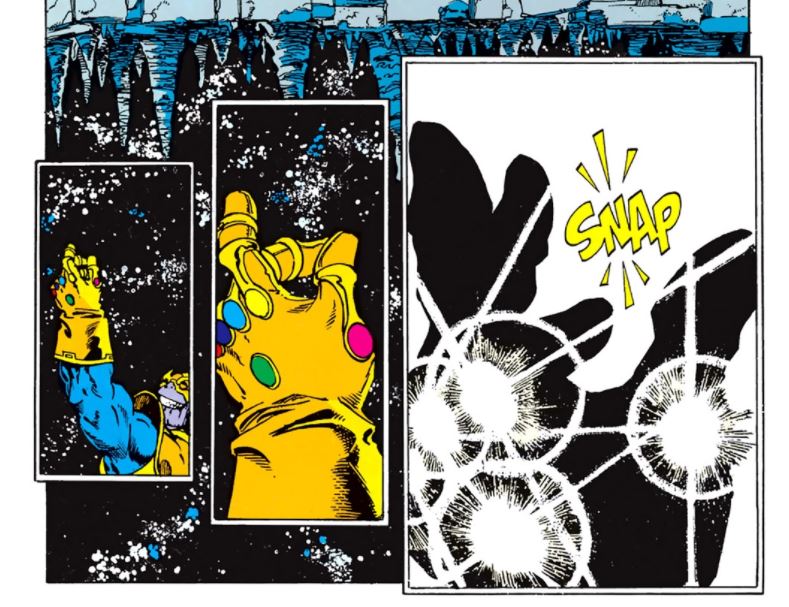 All things considered, in the comics, Thanos is a pretty simple dude. He’s just looking to cause the end of the universe and send all living things to Death (his one true love). So he modified himself using the technology of his people, the Eternals, intending to make himself powerful enough to kill literally everyone, and when Death continued to reject him, he continued to kill more people to prove his worth to her.

However, unless Hela (Asgardian goddess of death and older sister to Thor and Loki) has been having a secret love affair, Death has not been introduced into the MCU, making her an unlikely scapegoat for Thanos’s action. And while he might just be doing this for his own personal empowerment, it’s much more likely that he has some deeper motive which remains to be seen.

Still, there are plenty of comics to read over the next couple weeks while we get ready for the first installment of Infinity War, starting with the ever iconic Thanos Quest & Infinity Gauntlet.

While there are other places in the comics lore that you could absolutely start reading about Thanos–like with his first appearance or maybe his origin story–Jim Starlin’s epic sagas provide the clearest explanation of Thanos, the Infinity Gems/Stones, and the threat they pose to Earth and the known universe. In Thanos Quest, the Mad Titan reveals a new understanding of the power of the Infinity (then called Soul) Gems and seeks to collect them, regardless of the cost to his own being or sanity. By the time Infinity Gauntlet begins, Thanos has assembled and mastered the gems, granting himself the nearly unstoppable powers of a god; a feat he accomplished with the sole intention of proving himself worthy to Death. Which he tries to do by eliminating half of all life in the universe.

Luckily, Thanos in the MCU doesn’t have that sort of power (yet), but that’s just a taste of what’s waiting if the Avengers can’t keep him from collecting all of the stones.

While it would be so easy to simply paint this character as a monster, this series looks deeper, considering his motivations, his intellect, and the loneliness that inspires his cruelty. When Death continues to reject him no matter what he does to prove himself, Thanos responds like a petulant child, lashing out at all of reality in an attempt to bend it to his will.

So far, the Thanos of the MCU might be more in line with his more recent Marvel Now iteration.

The story opens with Thanos coming home to reclaim his empire after neglecting it to become entrenched in the affairs of Earth. Only, the balance of power has shifted in his absence and entities who were once loyal now offer resistance. Thanos being who he is, he cannot let that stand and makes it his mission to quell all who would dare oppose him. While you might never quite root for him to succeed (being a toxic combination of super powerful and morally ambiguous) it’s fascinating to watch his motivations develop past selfish revenge and greed into a strangely honorable dedication to his own legacy.

And if you’re still a little vague on the stones themselves, here’s a quick breakdown of what we’ve seen so far in the MCU:

The Tesseract (Space) was seen most recently in Odin’s treasure vault (by Loki) and presumed lost when Asgard was destroyed at the end of Thor: Ragnarok (or, you know, stolen… by Loki). The Collector was in possession of the Aether (Reality) at the end of Thor: Dark World, but who really knows where it ended up after his little museum got destroyed by the Orb (Power), which was left in the care of the Nova Corp at the end of Guardians of the Galaxy–however, in the trailers for the upcoming film we’ve definitely seen a familiar purple stone in its place of honor in his gauntlet, implying that maybe Thanos has already begun collecting in ernest by the time Infinity War begins.

Meanwhile, Loki’s scepter was confirmed to house the Mind gem in Avengers: Age of Ultron, which now resides in Vision and the soon to be Sorcerer Supreme, Doctor Strange, safeguards the Eye of Agamotto (Time).

Making the Soul stone the only one missing from the lineup. Technically, at any rate, as there is a distinct possibility that it’s the meteor that crashed to Earth in the legends of Wakanda, creating both Vibranium (an element with seemingly endless uses) and the heart-shaped herb that gives the Black Panther their abilities. Which would explain why the African nation seems to play such a pivotal role in the trailers. Of course, it could be any number of other places as well, since there is an entire multiverse out there that we haven’t even begun to explore yet. We’ll just have to wait and see.

Avengers: Infinity War hits theaters in the US on April 27th. Check back for Hero Index’s spoiler-free review and other updates.

BOOK OF THE MONTH: ‘CLUE’
RECOMMENDED READING: DEADPOOL
To Top