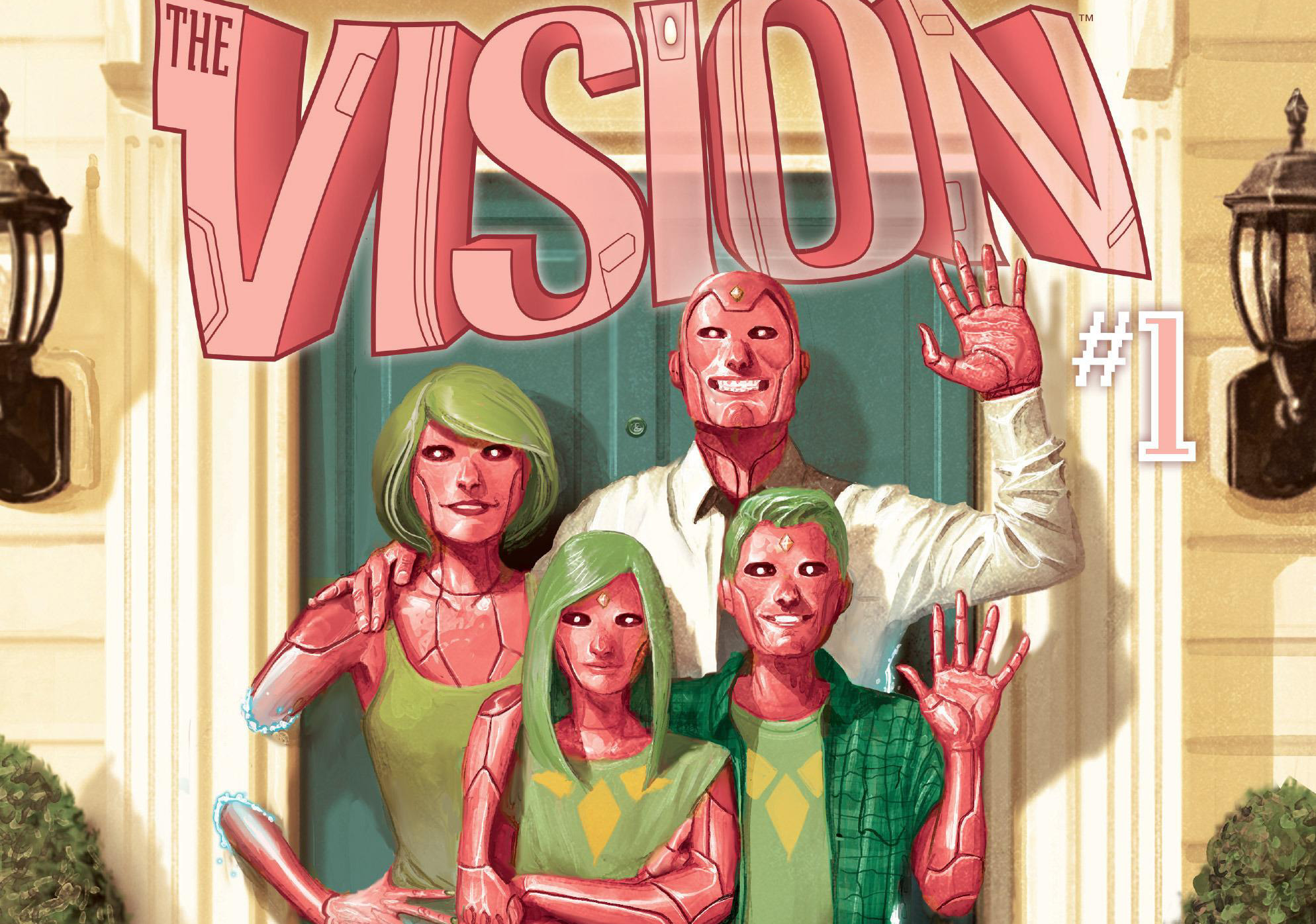 Each week brings a round of new comic book releases. We discuss the our suggestion which one deserves a spot in your collection.

One of the most celebrated comic books of the century, collected in full at last! Vision wants to be human, and what’s more human than family? So he heads back to the beginning – to the laboratory where Ultron created him as a weapon. The place where he first rebelled against his given destiny and imagined that he could be more – that he could be a man. There, he builds them. A wife, Virginia. Teenage twins, Viv and Vin. They look like him. They have his powers. They share his grandest ambition – or is that obsession? – the unrelenting need to be ordinary. Behold the Visions! Theirs is a story of togetherness and tragedy – one that will send the Android Avenger into a devastating confrontation with Earth’s Mightiest Heroes.

Every now and then a comic title comes along, with seemingly little fanfare, then proceeds to knock the everyone’s socks off. Tom King’s Vision from Marvel Comics was such a title. This award-winning title took a beloved, well-known Avengers character and reintroduced him in a new and exciting way — as a bland suburban father and husband.

Okay, it didn’t have the greatest hook, but Tom King’s magnificent writing turned this puzzling prospect into one of the most original and satisfying stories in the history of comics. The story was an inspired commentary on the nuclear family highlighted by the fear, prejudice, and heartache the Vision family faces while trying to live the American Dream.

Reception to the title was phenomenal, ultimately winning the 2017 Eisner Award for Best Limited Series.  Vision is a must have for any comic fan’s collection and this week Marvel collects the entire series in hardcover format loaded with extras.

What makes this story so remarkable is how focused it is on Vision’s family dynamics. His family of androids includes his wife Virginia and two children, Viv and Vin, who must quickly understand and adapt to a world that sees them as ghoulish machines. The battle for Vision here isn’t about defeating yet another version of Ultron or Kang the Conqueror, but rather saving his family from an increasingly hostile environment. When an old villain suddenly reappears it kickstarts a series of events that threatens to tear the Vision family apart. Throughout the series Vision grapples with how far he is willing to go in order to protect his family. As the story progresses the lines between right and wrong, good and evil become blurred — eventually escalating into a conflict that threatens the Avengers and entire the world. It’s quite the family drama.

This is arguably Tom King’s best work. Not only is the story dripping with meaningful dialogue on heroism, family, and the human condition — but there’s also a solid mystery that woven through other narrative threads that unravels in unpredictable ways. There’s no wasted motion here. Every panel serves a purpose and every lingering question is resolved in the most satisfying ways. Gabriel Walta’s art is also a revelation here. Elegantly simple, but also expressive enough to make for some truly dynamic splashes. It’s the perfect representation for a story that must balance quiet tension and outlandish superheroics.

With all that said, it is certainly our humble recommendation that if you haven’t read this story, then you should take the opportunity to do so by owning it in this glorious premium format. Simply stated it’s one of the best comics you’ll ever read and absolutely essential reading for any Marvel Zombie. I dare say it’s a transformative piece of literature that can punch with the best science fiction novels out there.

Continue Reading
You may also like...
Related Topics:FEATURED, MARVEL, PULL OF THE WEEK, TOM KING, VISION